Thank You For Inquiring ACY.

Your application has been received, and we will arrange an account manager within 24 hours to contact you! We wish you have pleasant trading experience! 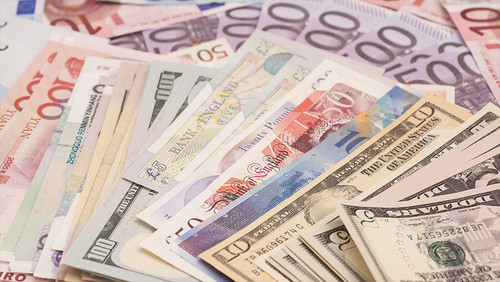 It didn't take long for Beijing to respond to the US Administration's decision to increase tariffs from 10% to 25%. On Tuesday, the Chinese Government announced a 25% tariff on 90% of the current imports from the US with the glaring exception of crude oil.

As provocative as this escalation of trade friction seems from the reactions in global capital markets, closer inspection suggests that both sides have left a small window to manoeuver back to the negotiating table.

More specially, China's tariff increases aren't scheduled to take effect until June 1st and the 25% levies on Chinese imports to the US don't apply to shipments that are already in transit.

Further, the implementation of the US tariffs on the additional $250 billion of imports will probably take at least another month to work out the details and, both Presidents Trump and Xi have said that they plan to discuss trade at the G-20 meeting next month in Osaka, Japan.

Between now and June 28th, it's reasonable to expect that both sides will blame the other for the breakdown in the progress to a comprehensive trade agreement.

And even though conventional wisdom suggests that both sides want to make a deal, it seems clear that both leaders have altered their focus away from the economic impact and are now viewing further negotiations from a more political calculus.

In the meantime, Forex traders will keep one eye on the charts and the other on the headlines to garner some clarity on the near-term currency flows. However, what will be clear to market participants over the next month is that when Mr Xi and Mr Trump meet in Japan, the tariff guns will be locked, loaded and pointing at each other.

The USD/JPY continues to feel the brunt negative trade headlines. The pair has not traded over 110.00 during the last five sessions and looks to point to the 108.00 handle. There are about $2 billion in "no touch" options with a 108.60 strike price which roll off later today.

The EUR/USD has held above last week's support level near 111.70 but momentum indicators suggest the downside is the path of least resistance. Budget concerns from Italy combined with weaker EU GDP numbers should cap rebounds below 1.1225 going into the weekend. The next key support level is near 1.1110.

The AUD/USD has slipped down to .6920 in overnight trade, which is the lowest level since the January 3rd flash crash. Today's employment will have a significant impact on the near-term direction of the pair.

And while a firmer jobs reading could temper the current bearish sentiment, it's not likely to reverse the downtrend.

The only material development in the ongoing Brexit negotiations has been the meteoric rise in the polls for the new Brexit party. The political upstart led by former UKIP leader, Nigel Farage, is expected pick up close to 30% of the popular vote over the next few weeks.

The impact on the Sterling has been negative as the GBP/USD tested a 3-month low of 1.2830 in overnight trade.